Your old penny could be worth a small fortune

Lots of pennies are worth far more than their face value

Sometimes, a penny is worth more than its face value. Especially when it is old, rare, or both. Believe it or not, a lot of people might have some seriously valuable old pennies in their penny collection and not even realize it.

How can this happen? Probably because most people don’t keep a folder of interesting coins they come across or have them properly evaluated. Most people just have that enormous jar of coins they’ll eventually trade in. But before you take your jar to a Coinstar or to a bank teller, it can be well worth it to check out what exactly is in there.

One of the best-known rare and valuable pennies are the 1943 pennies that are made of pure copper. In 1943, with the war in full swing, the mint elected to change the material of a penny from copper, which was needed by the military and in short supply, to steel which was more widely available.

Some of the years during the Second World War saw some of the most valuable pennies sought by collectors produced.

As luck would have it, some of the previously used copper remained in the machine and was pressed into pennies. The result? The was an extremely small amount of these copper pennies pressed that year and now they’re rare and worth quite a bit more than their face value. If you have a 1943 penny, have it checked out by a professional.

As it turned out, World War II led to the creation of a ton of coins with such rarities that they would eventually be sought by collectors around the country. In the case of this penny, a few of the steel plates for pressing were accidentally left in the machine Like the 1943 version, but these pennies also have a “wheat” design on their tail side.

Keep in mind that there are some easy ways for lookalike coins that aren’t as valuable to be mistaken for the real thing. Get any 1944 pennies evaluated so that you can be sure of what you have.

This is one of the most well-known of the higher-priced pennies. By its design alone, it easily stands out in any pile of coins that you might be keeping. The payday for this highest-grade coin can be as much as five-figures, but the average Indian Head penny is worth about $20. 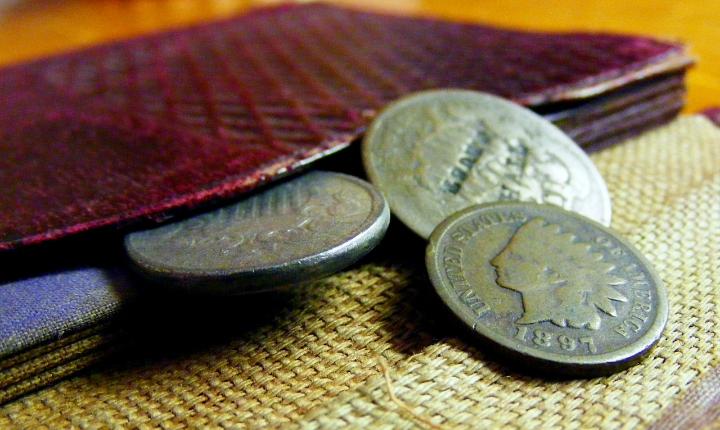 As you’re looking through your collection, you may also find Indian Head pennies from other years. While these pay quite a bit less at their highest grade, they’re still fun to have and are worth an evaluation.

This coin, made at the turn of the last century, retains a higher value at its lowest end when compared to other valuable coins. It also features a wheat design on the “tails” side and, unlike many other wheat pennies, was not made in error. Other wheat pennies from the same time frame are also worth more than their face value. If you come across any of them, have them looked at so that you know exactly what you have.

A deeper dive — Related reading from the 101

Should you actually carry cash? | Finance 101
Find out whether you should go cashless.

How and why people are chosen to appear on currency | Finance 101
Why is George Washington on the $1? Find out!