Where should you put your money during a recession?

It might be a scary thought, but a global recession is beginning. As more restaurants, bars, shops, airlines, businesses, and factories are forced to shut down around the world due to the coronavirus pandemic; economists are warning people that a global recession isn’t just a threat anymore. It’s coming, and we need to be prepared.

If you’re worried about your money, you’re not alone. A recession is scary. When news reports show stock prices dropping, you fear for the future. What will happen to your money and savings? Will the stock market crash? What will happen if this occurs?

The fear of further declines and substantial loss is enough to drive people to make rash decisions about their money. Before you do this, learn more about what happens during a recession, how you might be affected by it, and where to put your money when this inevitably happens.

What exactly is a recession?

In school, we learned about the Great Depression of the 1930s. It was a period of severe worldwide economic depression that left many people unemployed, broke, homeless, and starving for food.

But a recession is not the same thing as an economic depression. A recession is an extended period of time in which there is a significant decline in economic activity. There are two consecutive quarters of negative economic growth. Recessions are usually characterized by weakened employment rates, falling real incomes, faltering confidence of consumers and businesses, and weakened sales and production. 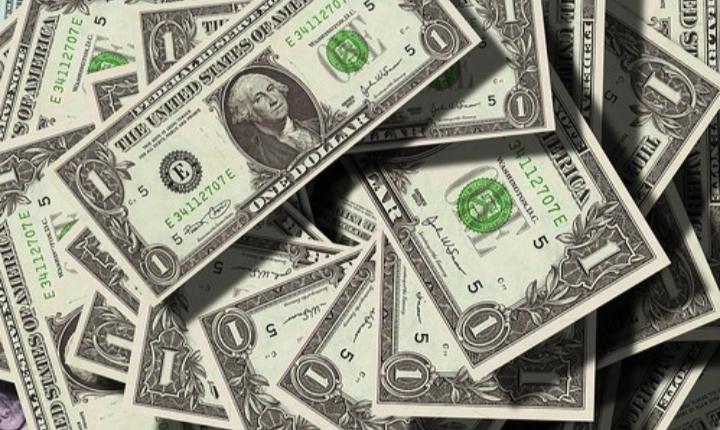 Does any of this sound familiar to the current economic crisis?

Recessions often lead to heightened risk aversion from both investors and those who have a subsequent flight to safety. Investors try to sell riskier holdings and sustain safer securities, including government debt.

This might be scary, but on the bright side, recessions typically lead to economic recoveries sooner or later. However, that might not ease your nerves on what will happen when we’re in the middle of a recession. Who would this affect the most?

Who recessions affect the most

Certain parties will feel the effects of a recession more than others. Jill Schlesinger, a business analyst for CBS News, reports, “Here’s who’s gonna get hurt if there’s a recession: the people who lose their jobs, and the people who have a lot of debt.” This includes thousands of people from all generations.

A recession could make finding and keeping a job more difficult, especially for “millennials,” who already have the highest debt of any generation. If a recession hits the job market, employers will most likely lay off employees who haven’t worked at the business for very long or those who are in temporary positions.

“Recessions usually hit the people who are already most vulnerable in the economy or most kind of on the fringes,” said Kenan Fikri, director of research and policy development at Economic Innovation Group.

“So, millennials, especially younger ones who are still early in their careers, relatively new to their jobs, could be some of the first to be let go,” Fikri added.

How are wages affected?

Wages have risen in recent years, but not fast enough to keep up with the rising costs of living and (what Fikri refers to as) the “unprecedentedly high debt burden” millennials face upon graduating from college and entering the workforce.

With a recession, the wage growth would only get worse. It would be set back, and individuals already in harsh financial situations would be strapped for cash, burdened with more debt, and experience property crises. They wouldn’t earn enough money to meet their monthly budgets and basic needs for at least three months.

“If their wages proceed to take a hit, and that’s the one thing that’s maybe sustained them or has finally seen some decent growth over the past couple of years, it could set millennial living standards back even further,” Fikri commented.

Paying your debt could get harder

Because the unemployment rate could increase during a recession, more and more people will have a hard time paying off debts and loans. According to The Atlantic, wages have been stagnant for decades, but college tuition costs have increased by 213-percent over the last 30 years.

This hits millennials hard. Once they earn their college degree (which is essential for most jobs), they will have so much debt that they can’t recover. They won’t be able to find economic security in times when they will really need it.

Millennials won’t be able to invest and save their money because there won’t be enough money for them to save in the first place. They will only have enough money to pay their bills and for necessary purchases.

Once they face a recession, it’ll be even more difficult for them to pay back their student loans and other debt because they’re too busy simply trying to manage their monthly budget.

The importance of planning

Hopefully, we haven’t scared you too much, and you’re now serious about finding a solution. Schlesinger reports that a recession is inevitable. She encourages people to prepare now when economic conditions are still good and feasible.

Also, you should try to get six months of living expenses in the bank. If you have a retirement fund already established, Schlesinger suggests automating it so you can take advantage of any matching your employer offers or put in as much as you can afford.

Start paying off your debt while also establishing an emergency reserve fund. Make sure you always have enough money to pay for food, your rent, medications (if necessary), transportation, and other essentials.

Once you have established this, put money away for retirement. As long as you complete these necessary tasks, you are in much better shape than others when a recession hits.

Setting up a recession investment strategy

The key to obtaining financial security before, during, and after a recession is to focus on the big picture, even during the worst economic downturn. So, what’s the best strategy?

If you’re an investor, it’s recommended to invest only in well-managed companies that have low debt, good cash flow, and strong balance sheets despite the economic headwinds.

Study a company’s financial reports. Through this, you can determine which ones have the worst debt, have healthy cash flows, and are generating a substantial profit. While it’s always a risk to invest in companies during a recession, these businesses have a smaller chance of suffering during these economic conditions. These companies include Jif Peanut Butter, Kraft salad dressing, Bud Light beer, Coors Light beer, Pizza Hut, and Taco Bell.

Think about the asset class—a group of financial instruments that have similar characteristics in the money market. Study these classes and know when they drop. For example, markets took a steep decline in mid-2000 before the recession of March to November 2001. If you can expect to see a slowdown in six months or even a year, start taking action now.

You can easily save money over time by cutting overhead costs. It helps to learn how to economize. If you pay more than $50 per person for a cell phone plan, you should consider switching to a low-cost carrier.

Also, identify the most elaborate expenses in your budget. These are draining your money supply. For example, you could cut back on so many streaming services or your cable bill. In addition, watch what you eat. Stop dining at restaurants and eat at home. Grow a garden and supply your own fruits and vegetables instead of ringing up an expensive grocery bill.

Finally, your monthly electrical bill is rather expensive.

To save monthly, buy energy-efficient light bulbs, which turn off when they’re not in use. Avoid keeping electronics (including stereos, workout equipment, kitchen appliances, etc.) plugged in when they’re not used.

Air conditioning is the biggest power user. So, it’s best to avoid keeping your thermostat at sub-freezing temperatures. Instead, use fans to circulate air. Insulate your windows to limit heat radiation. Be smart about your expenses, and this will help you save money in the long run.

Invest for the (eventual) recovery

When you’re in a recession, it might seem like the end will never get here. Will we ever reach a recovery? Don’t worry; things will get better. Recessions eventually recover. Like an economic downturn, you need to be mindful of many economic factors during the recovery phase.

Adjust your strategies. The economic environment is marked by low-interest rates but also rising growth. As economic conditions begin to normalize, speculative companies are the first to bounce back from the recession. Shift away from risky investments and save your money to the best of your ability.

You won’t always know when a recession is going to start, so pay attention to the global economy. Observe the stock market and which stocks are fluctuating. Don’t invest in those, but instead support the companies that are already substantial.

Be mindful of your expenses and try to pay off your debt while you’re financially stable.

Wait out the storm. The worst will pass. It might not seem like it at the time, but it will. Start saving your money now to be on top of the game.

Additional tips on how to secure your money before a recession hits.

Learn about what economic factors need to be in place in order to have a recession. It could happen this year, so be prepared.